After four decades, with the success in attracting top companies and their gained reputation for excellence and integrity, Bin Jabr has become one of the preferred and influential financial groups in the Middle East.

We help our clients develop their energy resources by bringing world class technologies, delivered through tailored commercial frameworks. Our proven track record and wide spectrum of expertise make us the regional partner of choice.

We are providing world class design, engineering and system integration for regional and global clients.

Driven by ambition and vision to build a domestic tactical veh-icle, we developed a 4X4 vehicle capable of with standing harsh climate and rugged terrains of the Middle East. After relentless pursuit of the vision of our Chairman, it culminated in a world class tactical vehicle known as NIMR. We are providing world class design, engin-eering and system integration for regi-onal and global clients.

We began our portfolio in 2009 by developing, operating and managing the prestigious Yas Island Marina, which is situated opposite the iconic Viceroy Hotel and adjacent to the Formula 1 Racing Track. Situated within the Marina, we intro-duced prestigious global brands such as Cipriani, Allure, Yotto and Monaco Stars and Bars to Abu Dhabi.

We have an in-depth technical knowledge in power generation, renewable energy and oil & gas. We are offering cutting edge engineering services and solutions in oil and gas, power, water and industrial sectors. Our company has skilled, competent and ser-vice committed staff with long association over the years that hold key respon-sibilities.

Bin Jabr Group has long history in manufacturing in the UAE. In our factories in Abu Dhabi we produce stainless steel equi-pment for commercial kitchen, luxury furn-iture, stainless steel items for construction. With our sophisticated machinery parts we produce also tailor made components for the industry.

Our retail group is focused in fashion, sports and leisure. We are a specialty distri-bution and retail company rooted in and inspired by the ideal of providing unique and quality solutions for our clients’ needs. We keep one foot in the present and one in the future to be able to supply the market with what they want now and what they will need tomorrow.

His Excellency Saeed Bin Jabr Al Suwaidi is an Emirati industrialist, founder of Nimr Automotives and Aabar Investments.  He was born in 1948 in the lineage of one of the most renowned and respected merchant families in the UAE, Abu Dhabi in particular - The Al Suwaidi family of the Bani Yas Tribe.

Al Suwaidi realized early in his career that the main secret to success is to bring passion and integrity in what you do. Driven by grand ambition and vision, he engineered the first Arab made domestic tactical vehicle in 1997. He put together a competent team to design and build the 4X4 vehicle capable of withstanding the harsh climate and rugged terrain of the Middle East.  The relentless pursuit of this vision culminated in producing a world class tactical vehicle branded as NIMR. NIMR Automotive soon attracted strategic partnership from Tawazun, an Abu Dhabi Government owned company and a subsidiary of Mubadala. Bin Jabr Group now actively supports further NIMR developments as a partner of Tawazun.

Al Suwaidi is credited with the manufacture of the first Arab made submarine under Emirates Marine Technologies, which is now being used by the UAE Special forces.

In 2003, His Excellency acquired 11 rigs, 4 drilling rigs and 7 workover rigs through Essar Oil of India, which he transformed  to Abaar Petroleum. This company later went IPO to raise a GCC record in 2005 of a $107.27billion. Oversubscribed by almost 800 times, the company continued to flourish and diversify into investments in Tesla Motors, Virgin Galactic, Daimler Chrysler, Mercedes GP F1 team, XOJET, Falcon Private Bank, Glencore, UniCredit, RHB capital and Arabtec Holding.

In addition to being a prominent businessman, his deep interest in modernization, advancement and development of the UAE, particularly Abu Dhabi, led him to hold office as the President of Abu Dhabi Chamber of Commerce & Industry, Chairman of the federation of UAE Chamber of Commerce & Industry from 1996-2006. He introduced radical changes and took ADCCI to greater heights of economic prosperity. During his tenure as the President of ADCCI, he created the Abu Dhabi Businesswomen Council, Abu Dhabi Stock Exchange and Khalifa Fund for Enterprise development. Subsequently, he held numerous other positions afterwards in various Government and Semi-Government institutions, Director of the General Industry Corporation, Environmental Research & Wildlife Development Agency (ERWDA). He was also a board member of Al Jazira Football Club and Vice President of the Abu Dhabi National Exhibition Centre (ADNEC).

Al Suwaidi has been awarded the Spanish Presidential Medal and bestowed a rank of a Knight by King Juan Carlos I in appreciation of his unique efforts in promoting commercial relationships between UAE and Spain.

Working his way up the ranks he now serves as the COO at the family run Bin Jabr group and reports directly to the Chairman and manages the day to day operations. He has presided over some of the UAE's most iconic construction projects and has quickly become one of the region’s most influential young businessmen and an outspoken personality. An engineer by training, he currently oversees approximately $4 billion in assets.

Mansour is a professional rally driver and is also active in many special causes and philanthropic activities. He has been supporting special care centers for the people with special needs in the UAE which granted him the Sheikh Rashid humanitarian award.

In 2017 he has been voted the 37th most influential personality in the emirate by Arabian Business Dubai 100 and 2019's worlds most powerful Arabs. 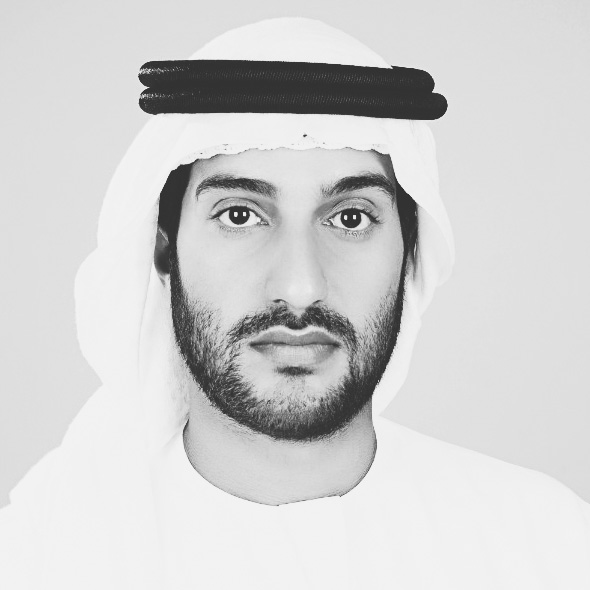 Jaber Bin Jabr Al Suwaidi serves as the Vice Chairman of Bin Jabr Group one of the largest and most influential family businesses in the UAE. Bin Jabr Group’s portfolio of activities includes private and governmental entities in the areas of energy, defense, hospitality, retail, construction,manufacturing and real estate.

In 2012, Jaber joined the family business alongside his father with the objective of diversifying the energy sector of the Group. He serves as Vice Chairman of the energy sector which comprises of General Petroleum Services Co. and BinJabr Fire & Safety Co. In addition, as a key member of the Executive Board, Jaber oversees the overall strategic direction of the Bin Jabr group and upholds the group’s position at the forefront of multiple industries.

A strong, determined and entrepreneurial leader, Jaber also has a large personal portfolio of investments throughout the world. Jaber believes in being studious in all aspects of business and is constantly exploring new horizons. 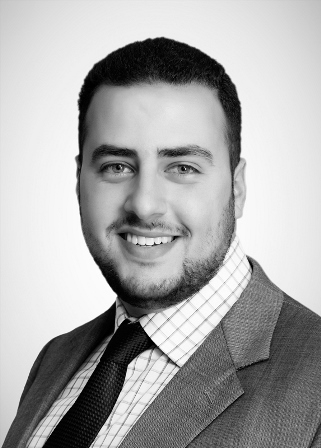 SENIOR FINANCIAL PLANNING & INVESTMENTS MANAGER
Omar Noseir is an Australian national holding a Double Degree in Financial Planning & Accounting from Griffith University in Queensland, Australia as well as a Diploma of Commerce from the Queensland Institute of Business.He joined Bin Jabr Group in 2013 to manage diversified investments in several fields under the personal guidance of our Chairman. He is also in charge of developing medium and long term financial plans which contribute to our groups overall growth .
He is an extensively experienced professional working at board level with a diverse range of internal and external stakeholders across both private and public sectors. His previous experience working in Australia in the financial planning & investments industry in both private & public sectors as well as roles in one of Australia’s largest financial research firms QInvest enables him to be responsible for our company's investment portfolios and financials.
H.E SAEED BIN JABR AL SUWAIDI

His Excellency Saeed Bin Jabr Al Suwaidi is an Emirati industrialist, founder of Nimr Automotives and Aabar Investments.  He was born in 1948 in the lineage of one of the most renowned and respected merchant families in the UAE, Abu Dhabi in particular - The Al Suwaidi family of the Bani Yas Tribe.

Working his way up the ranks he now serves as the COO at the family run Bin Jabr group and reports directly to the Chairman and manages the day to day operations.

Jaber Bin Jabr Al Suwaidi serves as the Vice Chairman of Bin Jabr Group one of the largest and most influential family businesses in the UAE.

Omar Noseir is an Australian national holding a Double Degree in Financial Planning & Accounting from Griffith University in Queensland, Australia as well as a Diploma of Commerce from the Queensland Institute of Business.

It is my duty as the leader of the young people of this country to encourage them to work and to exert themselves in order to raise their own standards and to be of service to the country. The individual who is healthy and of a sound mind and body but who does not work commits a crime against himself and society.

Thanks to the competence, love of God, our country's security and stability, endowed wealth, integrated infrastructure and quality services, the U.A.E. turned into the world's renowned destination for tourism, investment and business management: the interface of choice for hosting major cultural events, artistic and sports, in the world.

I see before me leaders and innovators. My advise to you is to cast aside all doubt in your minds, for doubt destroys innovation. You should wake up every morning full of confidence and rise to new challenges as pioneering leader.

A company’s excellence is not measured merely by the number of businesses it has developed. A lifetime commitment to care for the environment and society, and its preservation for future generations is essential. 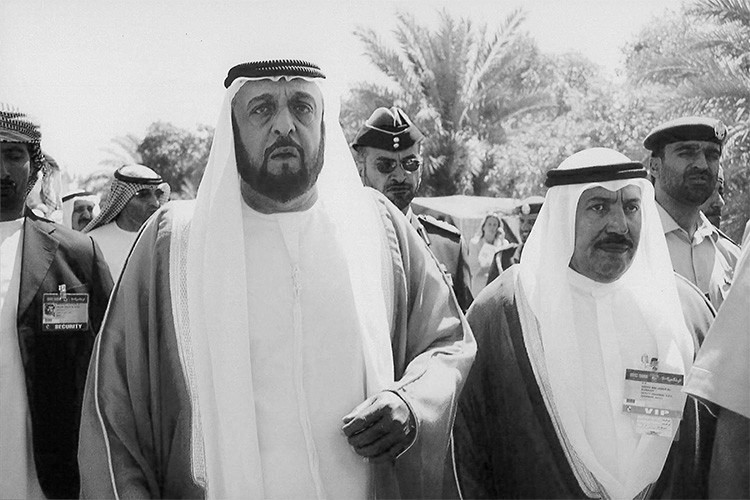 Al Suwaidi with the President of the UAE and Ruler of Abu Dhabi H.H. Sheikh Khalifa Bin Zayed Al Nahyan 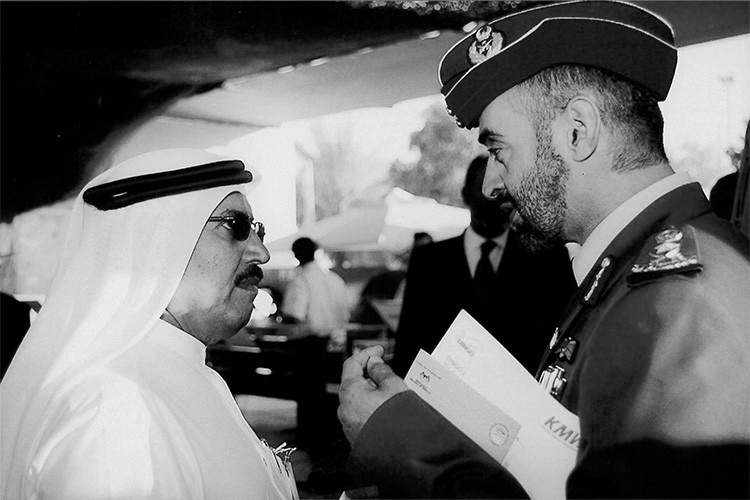 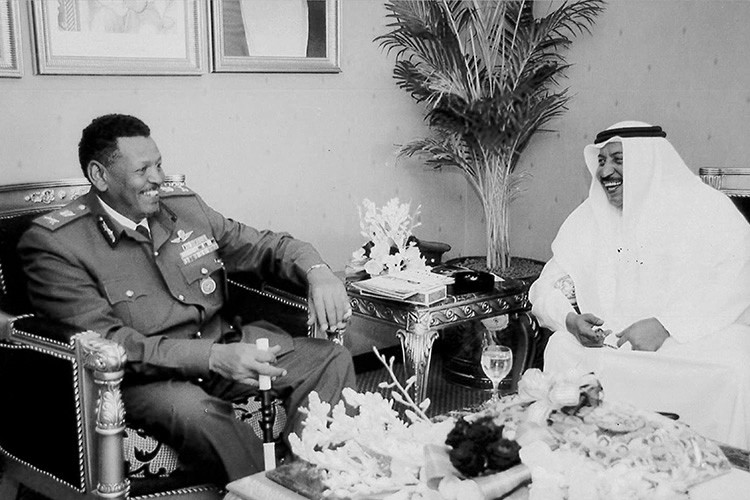 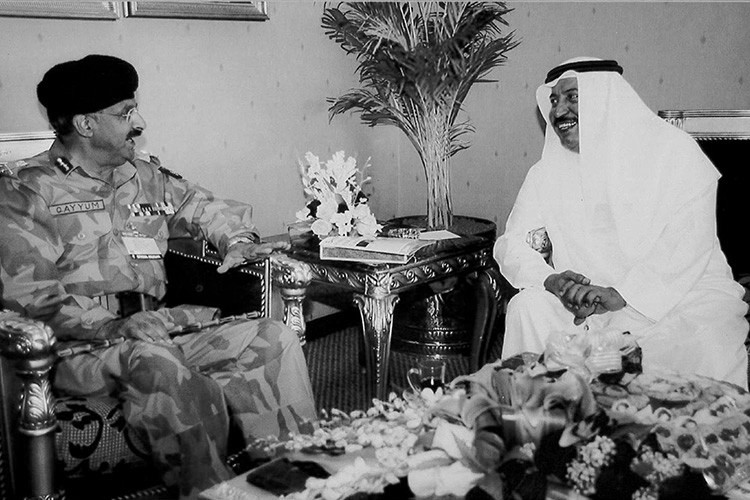 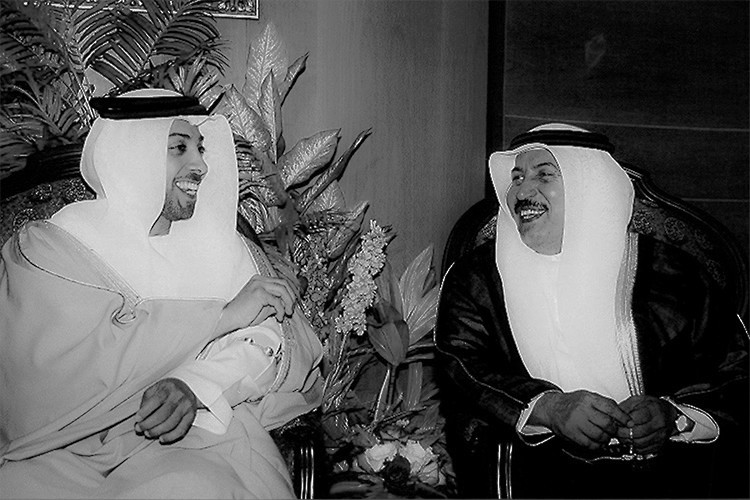 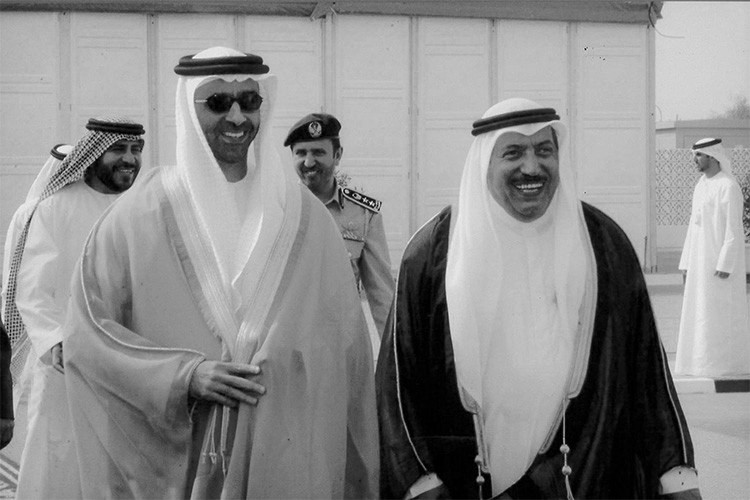 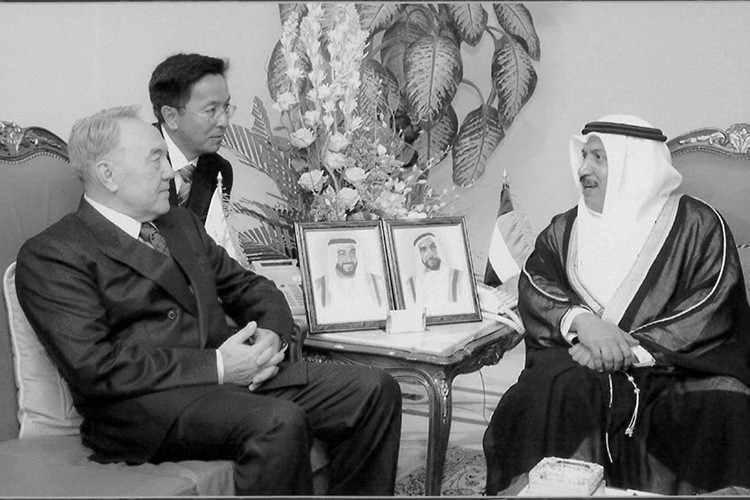 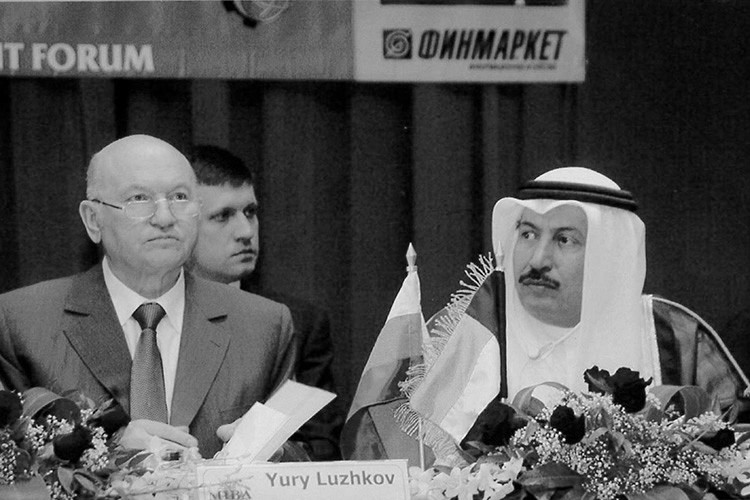 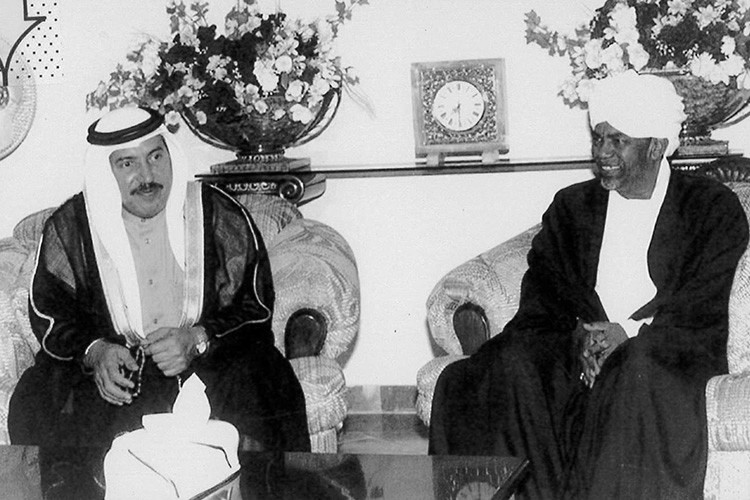 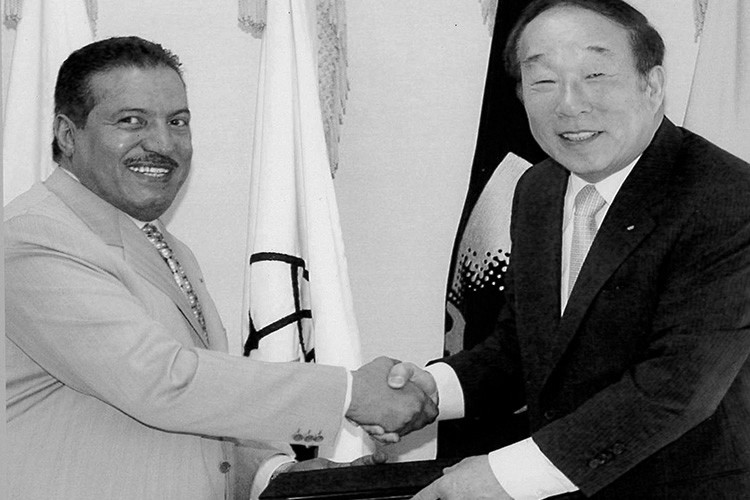 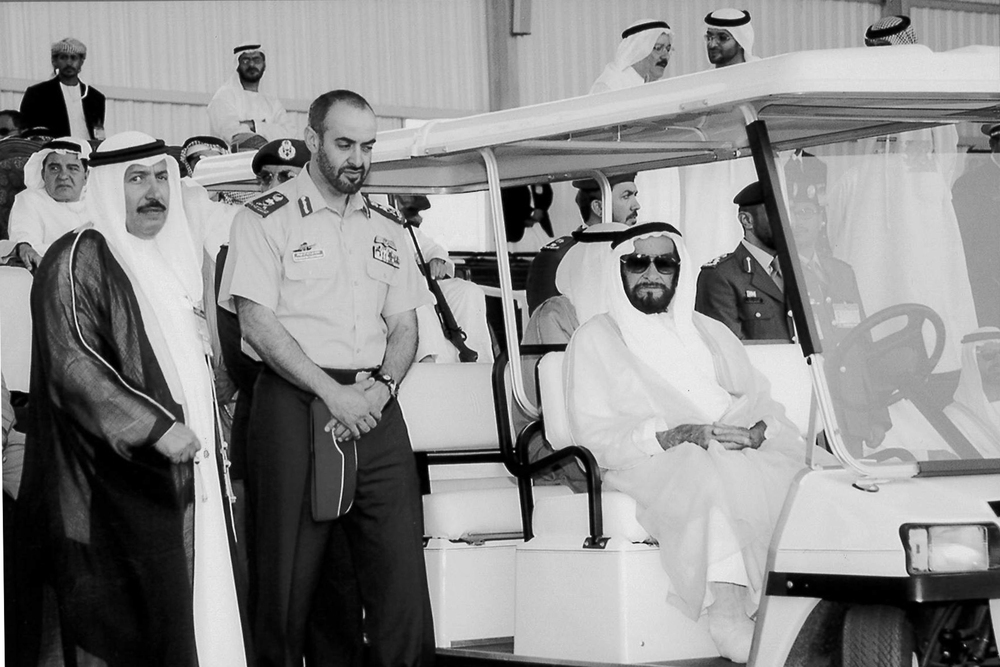 BinJabr Group Ltd. - headquartered in Abu Dhabi was founded in 1977 and is currently presided by HE Saeed Bin Jabr Al Suwaidi. The Group started with a single company sponsorship agreement with the French defense telecommunication company, Thomson-CSF later renamed Thales.

With the active involvement and dedication of the Chairman, the Group has grown to one of the major Business Groups in the region.

The Group's initial venture was in Defense from there the Group expanded to hospitality, retail, construction, energy, manufacturing and real estate.

Thank you for contacting us! We appreciate your taking the time to contact us. If your message requires a response, we will get back to you as soon with required details.